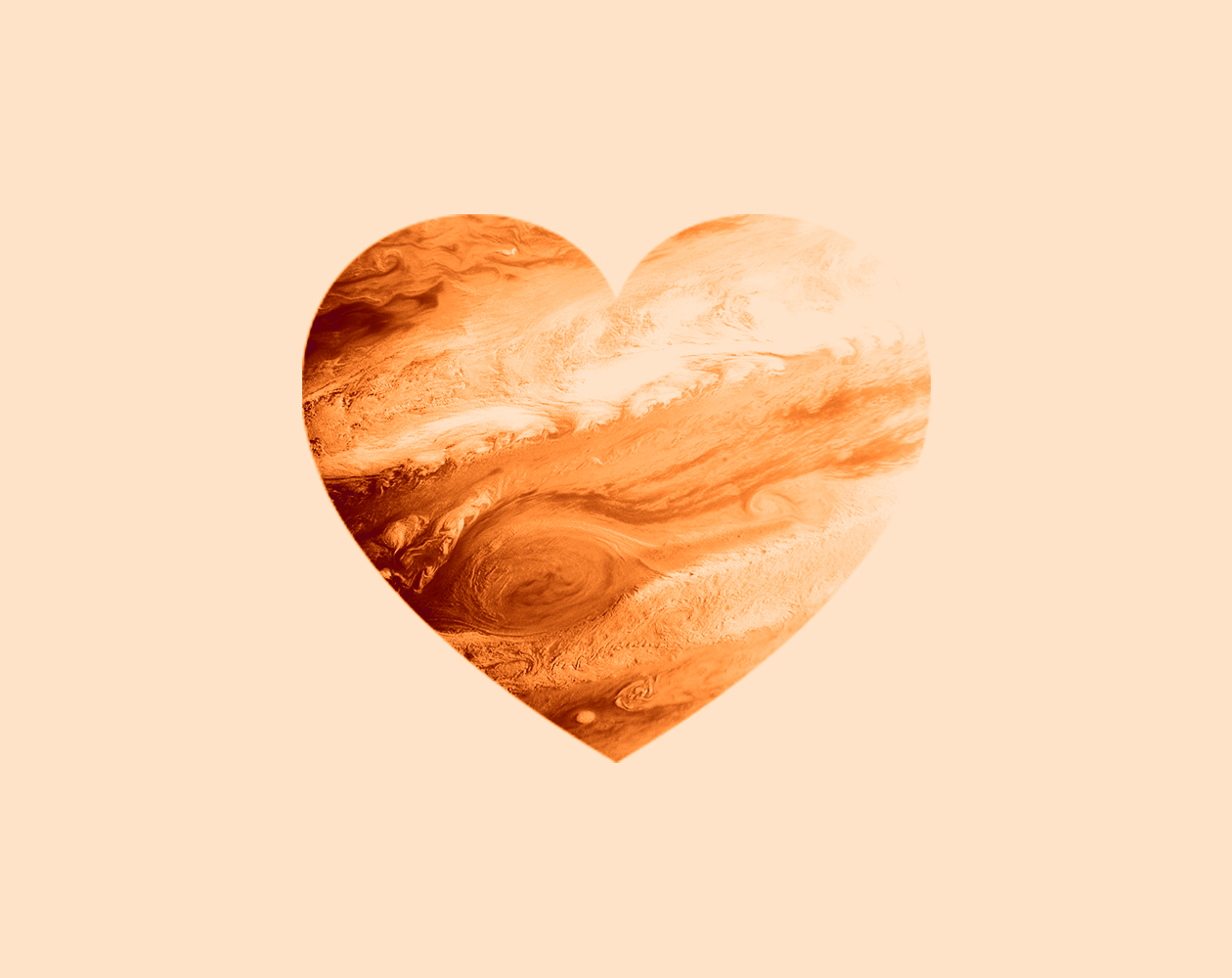 I have a folder named "Concept Art for Games That Don't Exist" in my computer's "My Pictures" folder.

That folder is heavy for two reasons. First, it's probably because Photoshop's compression algorithm was developed in Narnia because it doesn't seem to exist. Second, it's because I make cover art for every single concept I have in mind.

When I get an idea for a project, whether it be a video game, a screenplay, a short story, or whatever, it never comes fully formed. It's just a flash of inspiration. A cool character concept. A dramatic scene. An innovative gameplay mechanic. A piece of dialogue. If you do creative work, even as a hobby, you might know what I'm talking about - inspiration is a messy haze of ideas and concepts.

Different creatives try different methods to pave their way out of this "inspirational haze" and into something coherent. Some write documents or outlines, others have their creative friends come over and brainstorm ideas with them, and some just improvise their way through it. 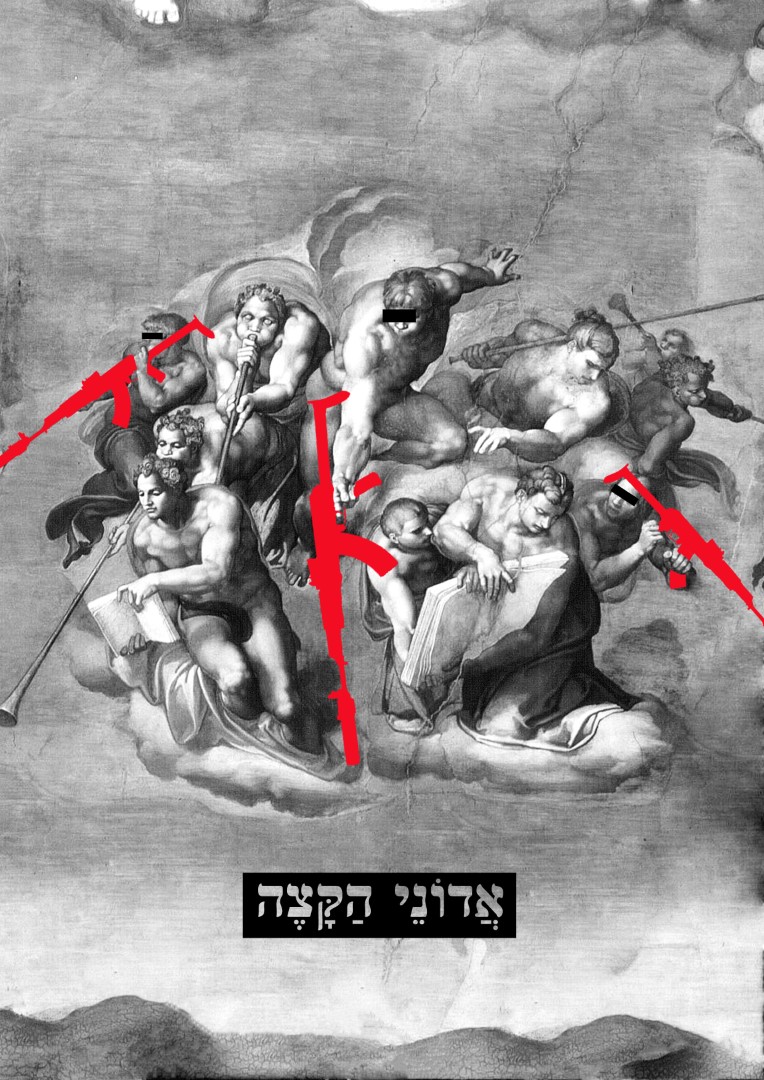 EDGELORDS. Three terminally online friends realize they're immortal. In their own personal quests to resolve their deep personal issues, they spiral out of control and become deranged and traumatized. It was supposed to be a satirical novel, but I wrote myself into a corner and then stopped.

Now, branding, cover art, capsule art, key art - whatever you wanna call it - is usually something you do after you have your shit figured out. Composition, copy, fonts, titles, art styles, message, theme, style: there's a lot to think about. But that's often the first thing I do, even if I don't have a fully formed logline, pitch, or hook. Very rarely do I spend more than an hour on each poster; the point is to FAFO.

My primary excuse for doing this is that I enjoy graphic design. Cool.
But, if you think about it, the artwork reveals a lot of character, and it informs the audience - and myself - about what they're getting into. I suppose it's similar to how some writers consider their "dream casting" as they write dialogue.

And yeah, that's part of why I find this field so appealing, especially when trying to organize random thoughts into a single creation. For instance, the color palette and art style for Venus Looks for Jupiter is a direct result of its then-fake branding (see above).
This weird obession with cover art adds another dimension of legitimacy and investment to my ideas. What I'm doing isn't just writing words on pages or commands in an IDE. It's a legitimate piece of media that's going to be released to the world. 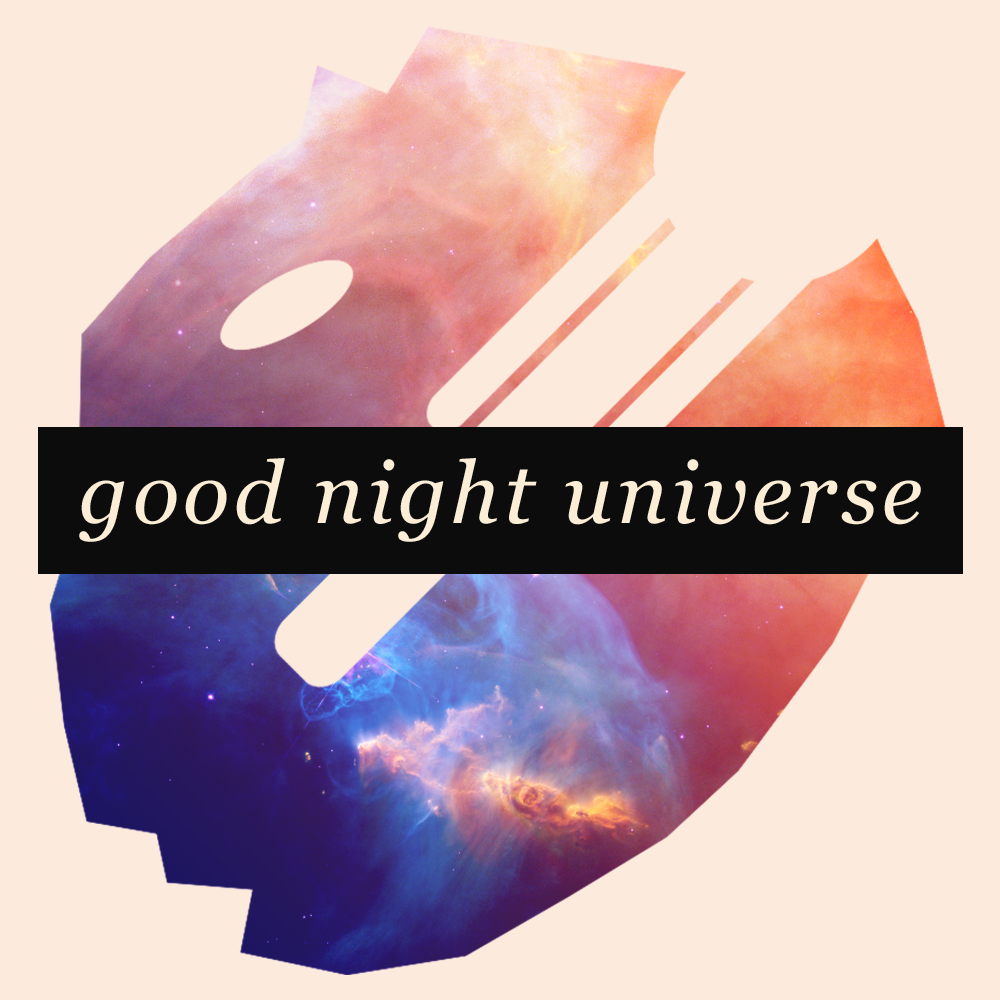 GOOD NIGHT UNIVERSE: A space ranger arrives at a dying galaxy. Gameplay would have consisted of traveling around the map, completing quests, meeting characters, uncovering lore, and trying to scavange what you can to survive. Basically Sunless Skies before I knew Sunless Skies existed.

Of course, many of these flashes of inspiration aren't good enough to be developed further. They make the gears in my head spin for long enough for me to create some sort of logo or cover art, but they eventually fade away. I call it "The Thing."
The Thing wasn't suitable for a full release.
The Thing was a work in a genre I am no longer passionate about.
The Thing led me to write myself into a corner and I can't find the motivation to rewrite it.
Hell, The Thing may simply be out of my budget and scope.

Of course, there are rare occasions I get a Jimmy Neutron Brain Blast and come up with a Thing I'm genuinely passionate about that also has a reasonable scope and can sustain a full release all on its own. This happened with One Tank in May and Venus.
I find these occassions happen once or twice a year, often after a long period of ennui where I churn through my never-ending movie and game backlog. Ideas come from remixing things you've seen in a new way, after all - and speedrunning through media does make neurons connect faster in my head - even if it's out of sheer desperation or boredom. 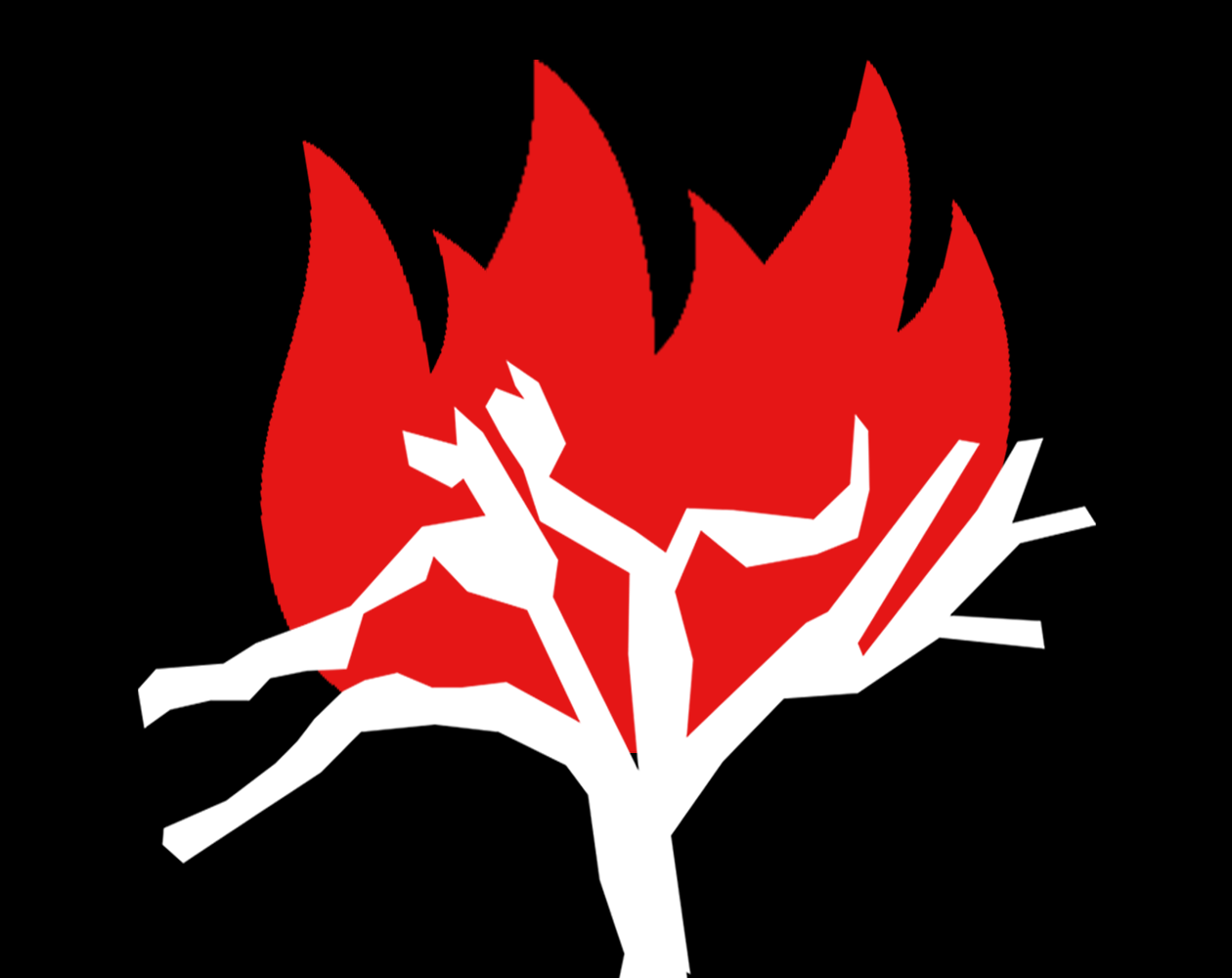 The first "concept art" for What We Had To Do - the burning tree - which made it into the final game.

But most often, The Thing is just a piece of a larger puzzle that I have yet to fully solve. It goes into my Google Keep archive with all the other Things, and the rough cover art I designed for it is kept in that folder under an inscrutable file name.

Every few months or so I look through that concept art folder to review the casualties of my short attention span. I scan through and see a title card for a story I've forgotten about. I scroll down and find a poster for a point and click adventure I wrote a short design doc about. So I delve deeper. I stumble upon random quotes and narrative concepts I jotted down months ago. Some of them are good.
I sleep on it, and eventually - a flash of inspiration. Another scene. Another theme. Another concept. I open Photoshop, and the cycle begins anew. 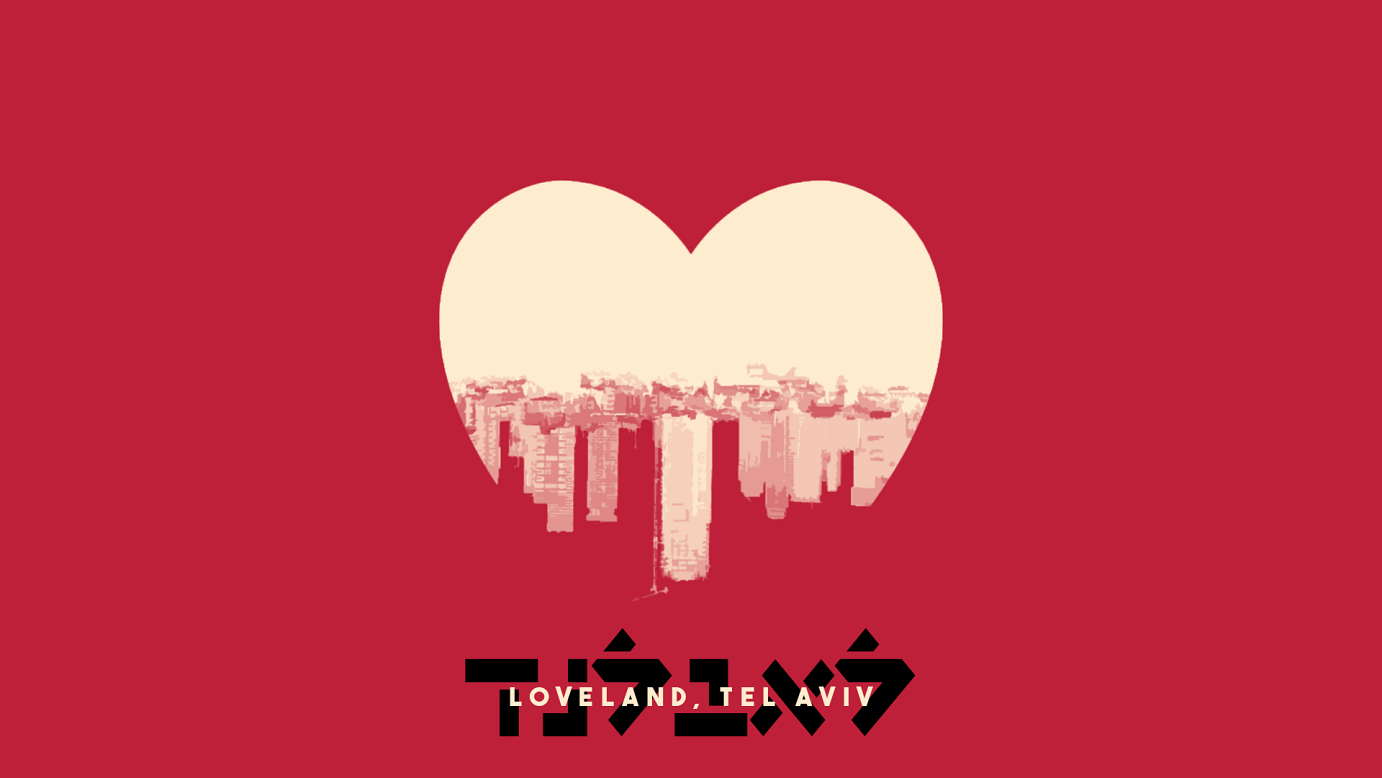 LOVELAND, TLV: A magical-realist murder mystery set in a fictional neighborhood of Tel Aviv, Israel. That's all I remember outside of the cover art, which I genuinely like to this day.